Has it really been 3 months since my last entry!?!

July 2010, really?! I can't believe it's been 3 months since I last wrote. So much happens in just a short time.

We spent the 4th of July in Door County with my parents. It was pretty windy and a little cold, but we had fun. We've been back several times as it's one of our favorite places to go. The kids were able to enjoy some swim time off the Sister Bay pier, later in the season when it warmed up a bit.

August we got the kids registered for school and enjoyed the last of our summer break. Bartek started football practice for the local Optimist Club. He really loves American football! And does really well. His coaches love his enthusiasm and team spirit. Unfortunately he hurt his leg during a practice right before their last game and before playoffs began. He's out for the season but so far it doesn't appear to be too serious. He see's an orthopedic surgeon in November to make sure it's not a torn ligament.

Kasia is doing really well in school. She tells me all the time, "momma I love school and to learn". She's so sweet! She also started wearing glasses and picked out a pretty pair of pink frames. So cute.

They're both looking forward to trick-or-treating at the end of this month. Bartek can't decide whether to be a football player or a zombie (is there really much difference? :) JK. Kasia is either wants to be a princess/ballerina or a hillbilly housewife with crazy hair and toothless grin. She lost one of her top front teeth and had to have a total of 5 teeth pulled due to poor dental hygeine while in Poland. Poor baby, it was so hard sitting with her at the dentist. She'd start off so brave and then end up crying before anything really started. She was such a trooper. It took 3 visits to get them all done, but afterwards just she and I went for ice cream and the park to recooperate.

Well, I think that covers everything to date. I'll fill you in if anything else happens any time soon.

Here's a few pictures to commemorate our summer: 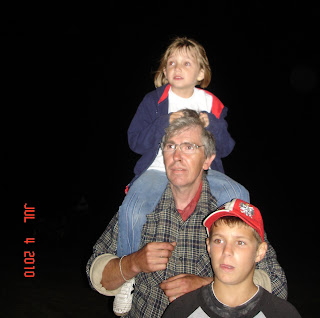 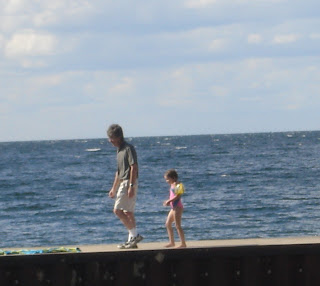 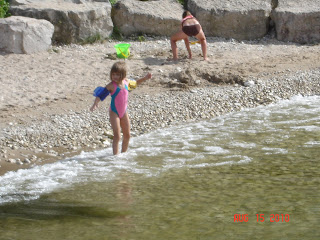 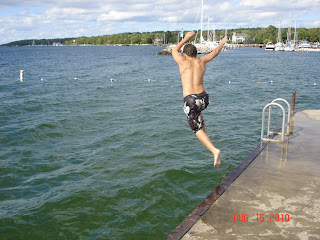 Kasia in her new glasses 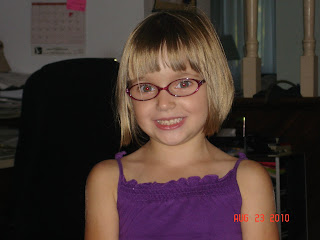 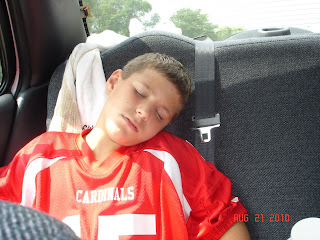 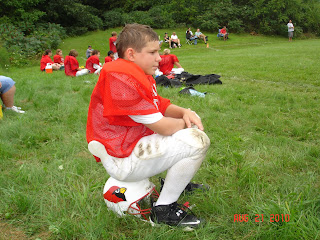 Posted by The Rzentkowski's at 9:58 AM